At the “heart” of Masciarelli’s history. The private and professional bond between Gianni and Marina originated this product line bearing her name in 1991. Consisting of 6 references, Marina Cvetic line is characterized by the presence of international grapes in purity (Merlot, Cabernet Sauvignon, and Chardonnay) beside Montepulciano and Trebbiano. The interpretation of these wines is original and has a character. Marina Cvetic wines have full body and are elegant and are a “lone voice” for the most demanding and technical experts. 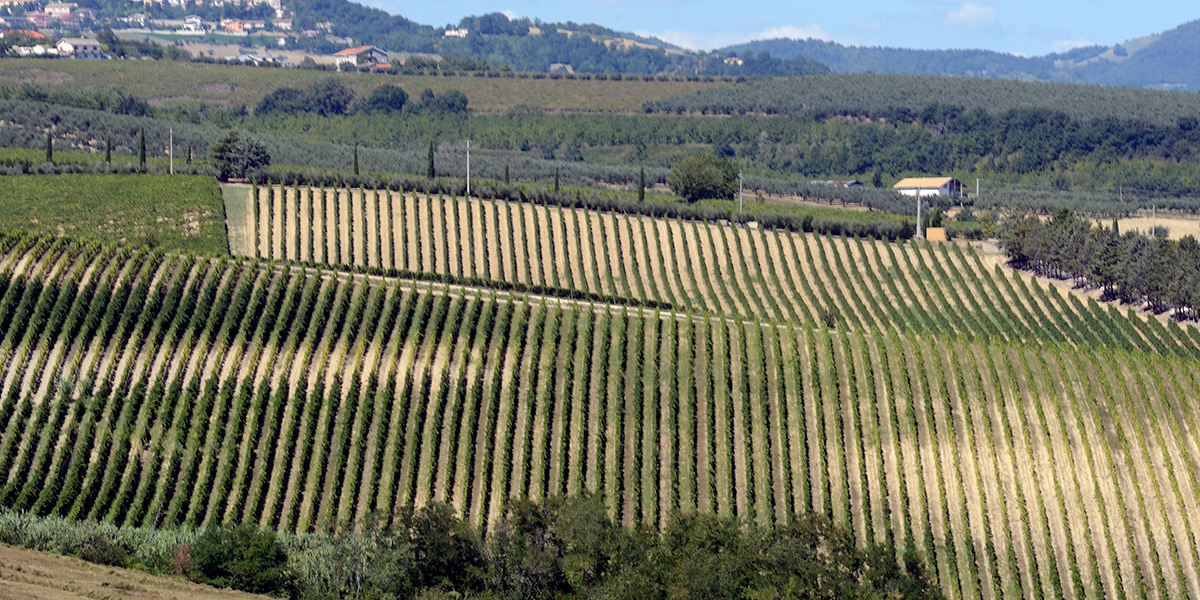 The origins of the Syrah grape are remote and controversial. Some believe that it had origins in Persia, near the city of Shiraz, while others place it between Anatolia and the Middle East, tracing its appearance in Europe to the emperor Marcus Aurelius who, returning from Egypt, would allowed the plant in Syracuse. Whatever the truth, Syrah is well set in the Rhône Valley, in France, and returned to Italy only in the early nineteenth century, acclimating perfectly to Sicily, Tuscany and other central-southern regions.
The Syrah Colline Pescaresi IGT Marina Cvetic comes from a single vineyard planted nine years ago in Loreto Aprutino, in the Pescara hills, on clayey soils with a strong sandy component, 350 meters above sea level. The Syrah grape has found in the climatic characteristics of this slice of Abruzzo the optimal conditions to express its vigor and to give the grapes a potential to interpret and develop.
Vinified in stainless steel tanks, it is aged for 12 months in French oak barrels and then rests in bottle for another 12 months.
The result is a wine of an impenetrable ruby ​​red color with a purplish and brilliant nail, which is a prelude to its kicking youth. The nose is intriguing, with hints of small red and black fruits, black pepper and chocolate. As in the best tradition of this international vine, the palate is warm, tannic and full-bodied, fairly alcoholic. The spicy notes make it an ideal companion for ragout, baked pasta, wild boar stewed with red fruit coulis and, in general, spicy red meat, in particular with pink pepper.